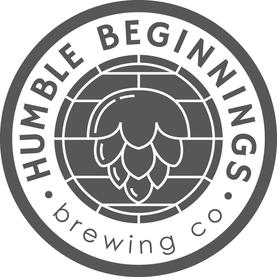 HBBCo. would like to respectfully acknowledge that the land on which we gather is the unceded, traditional Omàmiwininiwak territory of the Anishinaabeg, and the Kanien:keha’ka territory of the Hodinohso:ni.

​​We respect both the land and the people of this land, including all Indigenous People who have walked in this place.

HBBCo. is committed to maintaining a welcoming and safe environment for all people, regardless of age, race, national or ethnic origin, disability, colour, religion, sex, sexual orientation, or gender identity and expression.

About the Brew Crew

Pierre - Co-Owner/Chief Beer Nerd
Pierre is a former federal law enforcement supervisor. He went from humble home brewer to semi-pro side hustle when Humble Beginnings was born in late 2015. A graduate of the Universities of Ottawa and Guelph, he completed the Brewing and Malting Science Course (MBAA - US), and holds a General Certificate in Brewing (IBD - UK).

Susan - Co-Owner/Voice of Reason
Susan is a social scientist and librarian by trade, turned brewery bookkeeper, grant writer, and all around wrangler of Pierre. The real brains behind the operation, Susan is a graduate of the Universities of Waterloo and Western Ontario.

Ewan - Half Pint
Ewan is the youngest member of the Humble Beginnings Brew Crew family.